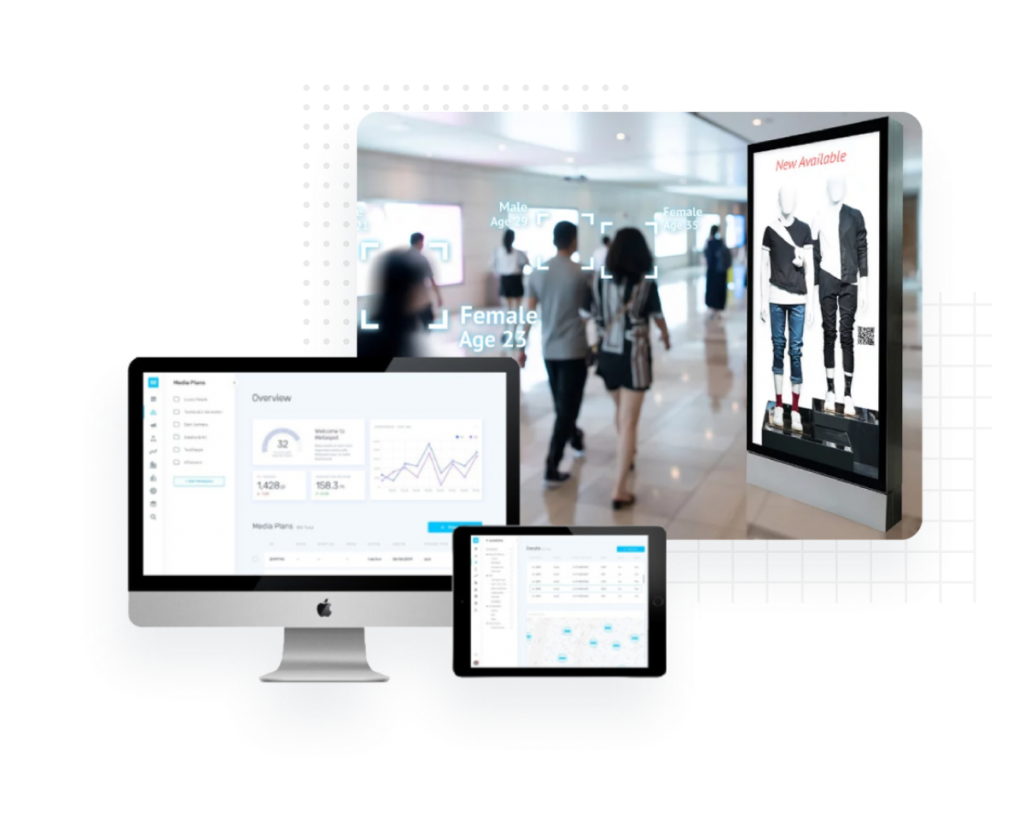 METAFORMAT is a German start-up specializing in customized digital outdoor advertising solution. Their latest product, Metaposter, is a SaaS (Software as a Service) platform which enables brands, agencies and media owners to set up intelligent digital out-of-home campaigns with embedded face and movement tracking algorithm. Data of ad viewers including gender, age and view time are recorded, and reports can be conducted in real time. This project is a tough challenge for our team since its complexity comes from multiple aspects.

Back in 2017, METAFORMAT, which is a young inexperienced start-up at that time, was looking for a solution to penetrate a crowded digital-out-of-home (DOOH) market with many big tech giants already severely competing. Mr. Kornel, former CEO of METAFORMAT, realized in order to differentiate themselves, software must be their core competency, considering it is impractical to build hardware superior to what was being offered by competitors. At that point, the idea of an advertising screen with capability to record viewers’ data emerged and brought to our team.

After assessing the project possibility, we have successfully achieved the goal

A fast and reliable facial recognition that can accurately detect gender, age and view time.

Describe your product idea and we will start reply within 24 hours.